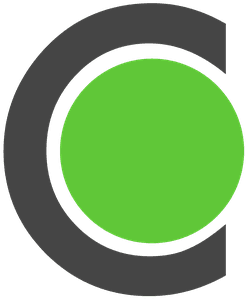 Say hello to the heads of CPC’s ministries

Got questions for our ministry leaders?

Jim Bob led the founding of City Point Church in 2012. Since then, he has served as CPC's lead pastor. Jim Bob is married to his wife of 37+ years, Matilda. Nathan helped start City Point Church in 2012. Nathan serves as the Associate Pastor and the Youth Pastor at CPC. He has been teaching at Springdale High School since 2013. Nathan is married to Mollee and they have four children. Comfort the disturbed, and disturb the comfortable.

Mollee helped start City Point Church in 2012. She was a classroom teacher for seven years before starting her family and has taught children in Bible classes since she was a teenager. She is thrilled to be Nathan's wife and the mother to their four children. "Be joyful always. Pray continually. Give thanks.” -I Thessalonians 5:16-18

Isaac joined the lead team in 2016. Since then, he has served as CPC's director of worship ministry. He is currently working towards degrees in music theory and perception at the University of Arkansas. Isaac is married to his wife, Ciera and they have one daughter. Let our hearts continue burning, for our King is soon returning!

Mark helped start CPC in 2012. He coordinates CPC's Men's Group, leads a group for married couples (ReEngage), and coordinates our Financial Peace program. He is married to his wife of 30+ years, Danielle. I am one of the redeemed.

Tammy began leading the women's ministry in 2014 and the prayer team in 2017. Tammy is married to her husband, Sergio, and they have two boys. God is preparing you for something great! Just hold on.

Stewart & Lori lead our City Groups Ministry. They came to CPC in March of 2015. They started leading one of CPC's City Groups, growing it into one of CPC's most fruitful outreaches. They have been married for eight years and have three daughters.﻿ There is a greater reality, far more real, brimming with light, desperate to invade the darkness. We must not forget that we are the bearers of that very power, reverberating with the kingdom of Light.

Danielle is in charge of CPC's Finance. She helped start CPC in 2012. She maintains the church's books and also serves in other areas of ministry and teaching with her husband, Mark. Ciera leads our Communications Ministry. She maintains our social media presence, as well as ensuring our website up to date. Ciera has been married to her husband Isaac for 3 years and they have one daughter. "For we are more than conquerers through Him who loved us." - Romans 8:37

Ben & Libby head our Benevolence Ministry. They have been a part of the CPC family since 2012. They organize projects throughout the year, including our Operation Christmas Child, and built our Little Free Pantries. They have three boys who love Sunday morning doughnuts! Loving others through the giving of time, money, or resources is such a blessing to everyone! 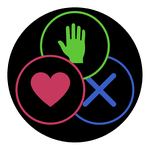